Creator
Wienerberger, Alexander, 1891-1955, Photographer
Media Type
Image
Text
Item Types
Book illustrations
Photographs
Description
We see a crowded streetcar with a few people holding on from the outside and a woman dashing to catch the streetcar as it leaves the station. Two urban residents in light summer clothing stroll by. The streetcar bears a sign that reads Холодна Гора (Kholodna Hora) 12; the station visible behind also bears the number 12 on the exterior. Kholodna Hora is the district of Kharkiv where Wienerberger lived and where the factory he managed was located. 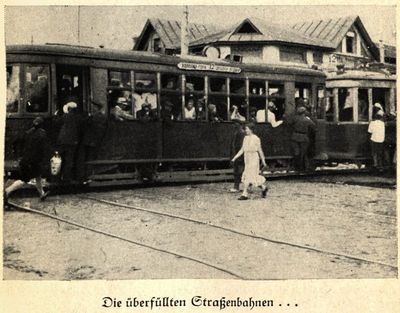