Media Type
Text
Description
The distinction of having the first photographs depicting scenes from Ukraine’s Holodomor published in the Western press may belong to Whiting Williams. Several of his photos from an August 1933 visit to Ukraine appeared early in 1934 as illustrations to his articles in a British weekly, Answers. A longtime resident of Cleveland, Ohio in the US, the author was an established writer and speaker best known for his work in management consulting. He was particularly interested in improving labor management relations and traveled throughout the US, Europe and elsewhere, going undercover as a common laborer in coal mines and steel mills to learn about workers’ primary concerns related to their jobs. In 1933, Williams returned to the Donetsk coal mining region in Ukraine, where he had spent time with the area’s miners on the eve of the introduction of the USSR’s first Five Year Plan in 1928.
Shocked by the greatly worsened human conditions he discovered that summer in 1933, he managed to take a few photographs which he put together with his personal observations for potential publication in the US. Much to his surprise, however, he could not find a publisher. Finally, the London-based Answers accepted his story along with eight photographs, which appeared in two consecutive issues in February and March, 1934.
For more information, download the full biography on the right side of the screen.
Notes
Portrait source: Western Reserve Historical Society, Cleveland, OH. For further information about this portrait, go to:
http://vitacollections.ca/HREC-holodomordigitalcollections/3685442/data 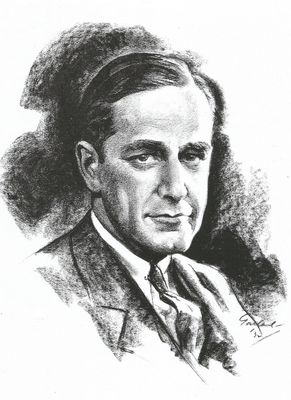