This image was scanned from How Firm a Foundation: A History of the Township of Cramahe and the Village of Colborne in Cramahe's Digital Archives (3bk), p.29. The caption reads: "Official portrait: Charles S. Rutherford, VC, MC, MM, in World War I." Pages 29-31 of this publication for an essay entitled: "Charles Rutherford: VC, MC, MM "By Masterly Bluff"." 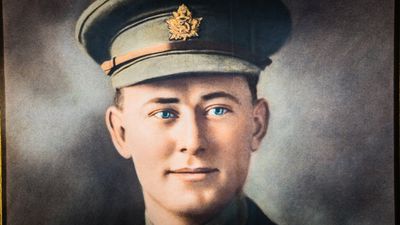