AC2 Cecil Deyman on leave for the past fortnight, and guest with Mrs. Deyman, of his parents, Mr. and Mrs. C. P. Deyman, left Fenelon Falls, to resume military duties at Tofina, Vancouver Island. He will not be granted another leave for another year.

Mrs. Deyman, who has been residing in Toronto, will remain in Fenelon Falls at the home of her mother Mrs. Major Higdon. 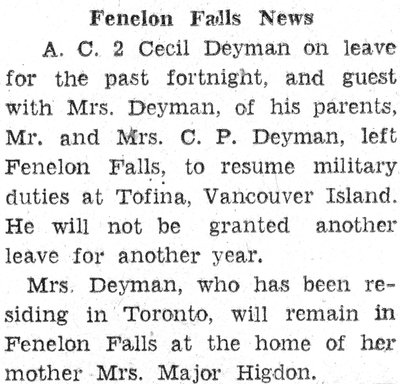