Foster Farrow of Janetville, Ontario who was engaged in farming in that district before the war, enlisted in the Canadian Army in October 1939. He entered the Royal Canadian Artillery when he joined the 45th Bty. R.C.A. at Lindsay with the rank of Gunner. He trained at Lindsay, Petawawa Camp, Ontario.

He was moved in Canada from these to Tracadie, N.B. and Sussex, N.B. Foster Farrow went overseas on 23 September 1941. In England he transferred to the 12th Bty. 7th Canadian Fld. Regt.

He saw action with the army against the enemy in France and Holland. He was killed in action in France on 8 August 1944, at the age of 28.

Foster Farrow is a brother of Victor Marsland, Lindsay. 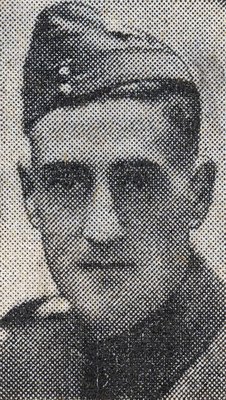