George Clifford Perryman whose parents reside on RR1, Fenelon Falls, Ont., enlisted for service with the Canadian Army on 8 September 1942. He entered the Royal Canadian Artillery and held the rank of Gunner.

Gnr. Perryman was sent overseas on 21 March 1943. With less than six months additional training he went into action against the enemy on 10 July 1943.

Gnr. Perryman transferred from the 1st Division to the 5th Division.

Cliff Perryman was welcomed back to this district where he was engaged in farming and the box-making trade before enlistment.

G.C. Perryman was among the many veterans of this district who registered at the Reception and Reunion held in Lindsay on Saturday 19 January 1946. 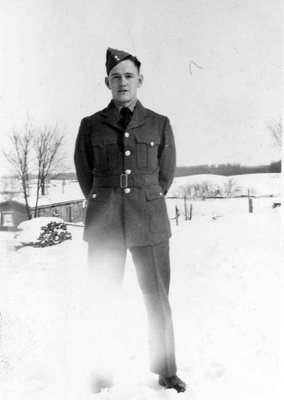