Cpl. Perryman was sent overseas in July 1943. He was privileged to take part in the evacuation of casualties from the beached on D-Day. Cpl. Perryman spent one month on the Isle of Wight.

Corporal Perryman arrived home on 23 October 1945. He was given his discharge on 29 November 1945. He was at school prior to his enlistment and he is welcomed back to the Fenelon Falls district and wished every success in his future undertakings.

H.J. Perryman of Fenelon Falls was among the many veterans at the Reception and Reunion held in Lindsay on Saturday 19 January 1946. 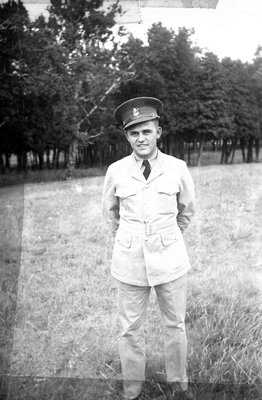