On Sunday evening last, a few minutes before the Rev. Mr. Lochead reached the Presbyterian church, an accident occurred which caused quite a panic among the congregation, put the building in imminent danger, and rendered divine services impossible. In one of the chandeliers, which have size lamps each, a lamp was not lighted in consequence of its having been damaged, and Mr. McKendry, noticing that it was opposite the pulpit, asked Mr. Moffatt whether he did not think it advisable to turn the chandelier in order to give the minister more light. Mr. Moffatt assenting, Mr. McKendry reached up to the chandelier, which, the moment it was touched, fell with a loud crash into the pew below, which fortunately was unoccupied, and the lamps all breaking, the coal oil caught fire and blazed up to the height of several feet. Some of the congregation instantly tore up the matting from the church floor to use in smothering the flames, while others ran to the creek outside for water, and in about two minutes the fire was all put out; but as the chandelier, worth $25, was destroyed, and a quantity of matting burnt, the damage is estimated at from forty to fifty dollars. The burning oil filled the church with so dense a smoke that the congregation got out into the open air as soon as possible, though not before they had satisfied themselves that all danger to the building was over. Had the accident happened a little later serious consequences might have resulted, as some of the ladies of the Fitzgerald family, into whose pew the chandelier fell, had just entered the church. The fall was caused by the insufficient attachment of the chandelier to the ceiling, and a similar accident from the same cause took place in the Methodist church in this village last winter, though on that occasion the lamps were not lighted and were caught before they reached the floor. 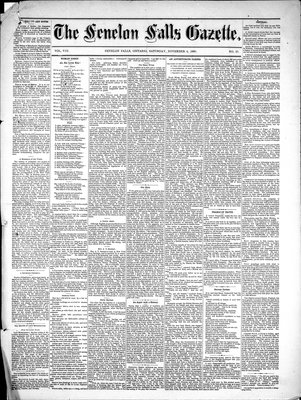