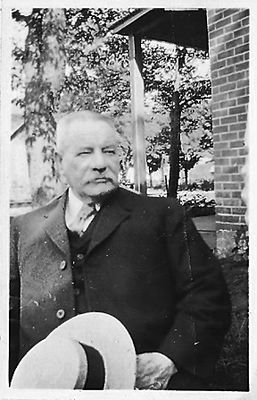 Alexander Hamilton came to Canada from Ireland in 1832 to take up a land grant as a commuted pensioner of the British Army, in which he served from 1805 to 1817 in the 52nd (Oxfordshire) Regiment of Foot, and again from 1819 to 1821 in the 8th Royal Regiment of Veterans.
Alexander was at the Battle of Waterloo, for which he was granted the standard two year credit to his pensionable service. He first settled on the South Half, Lot 4, Concession XII in Emily Township. After four years, he established that this parcel was unfit for cultivation (it remains unused scrub to this day) and was granted the East Half, Lot 7, Concession VI in Verulam Township, on what became known as the Military Line because of the number of British military pensioners who settled there.

Alexander Hamilton was born in Ireland in 1787. 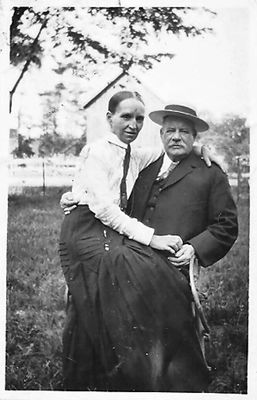 William Henry Hamilton + Margaret Emma Trennum, c1913 Details
William married Margaret Emma (Maggie) Trennum of Smith Township, Peterborough County at Port Perry on September 24, 1885. She was the daughter of William Trennum [1883-1908] and Martha Jane Taylor [c1837-1899]. They had thirteen children, all of whom lived to adulthood: 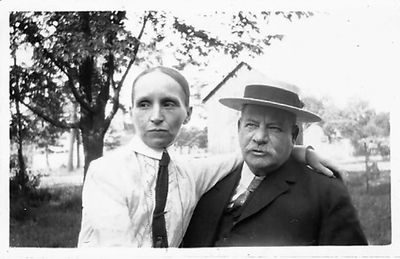 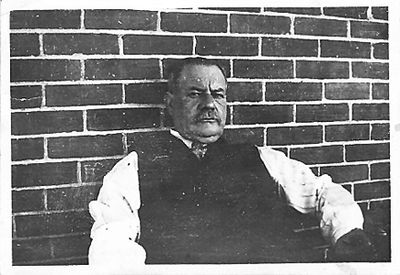 The south of the G. W. Taylor stores was long occupied by the Wm. Hamilton business. The saw mill was located until 1869 just east of "Buckeye." On a Sunday some boys entered the mill and by accident started the machinery. John Ritchie was killed and William Hamilton was injured. He never fully recovered and kindly friends helped him become a storekeeper. Tupper and Thompson had the store with patent medicines. Wm. Hamilton entered as a clerk, later took over the business which he continued until his death in 1928, aged 72. 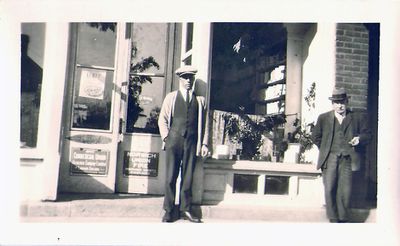 William Henry Hamilton, 1926 Details
When Irvine Junkin's store and post office was burned in 1889 he placed the post office at the back of the Hamilton store. All across the back of the store was a complete partition with postal boxes and a small opening to show the face only of the postmaster or clerk.

The post office was moved two doors south and Mr. Hamilton used the whole store. He sold newspapers, books, stationary and gifts. miss Nora, who helped her father, continued the business in the name of her father. Her sister, Blossom, Mrs. Gordon Moore, brought in her late husband's business in 1938. The two sisters ran the two businesses until both were sold to Ross B. Forbert in 1947.

[Buckeye was the area north of the swing bridge, across the canal.]
[The post office actually burned in August of 1887.]

William's stationary business, which catered to the active summer tourist trade, accounts for the large number of postcards in the collection.
Main Menu → Previous Panel → Next Panel
Powered by / Alimenté par