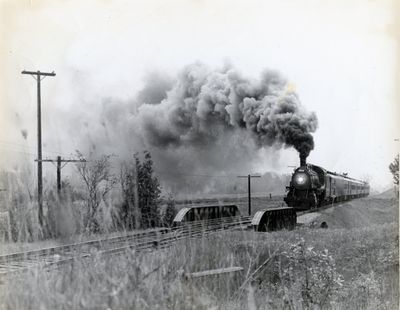 page 27 - Train engine at bridge Details
Efforts to bring a railroad through this area began as early as 1852, but success was not achieved until 1895, when J.H. Wikham, W.T.C. Boyd, and Thomas Stewart were able to attract the Canadian Pacific Railroad to build a line from Lindsay to Bobcaygeon. In July 1904, the first long-awaited train finally arrived, and service commenced with as many as 14 trains per week.

Service continued until 1962 when trucks and automobiles became the preferred method of transportation. The railbeds were sold to the municipality and were repurposed into Community Centre Road, County Road 24 and the Dunsford Nature Trail. 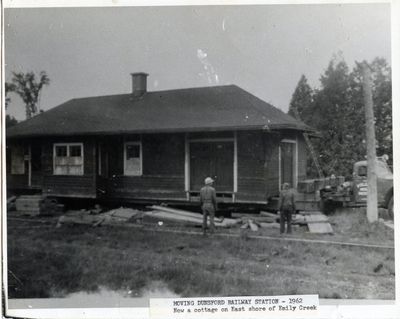 page 25 - Moving Dunsford Railway Station - 1962 Details
In 1962, the Dunsford train station was sold and relocated to Emily Creek where it was used as a summer home. 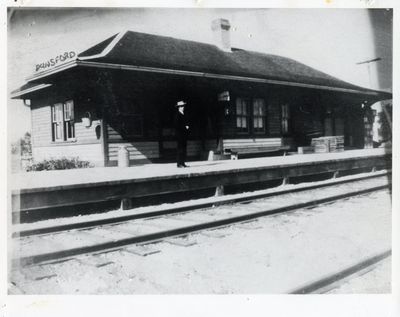 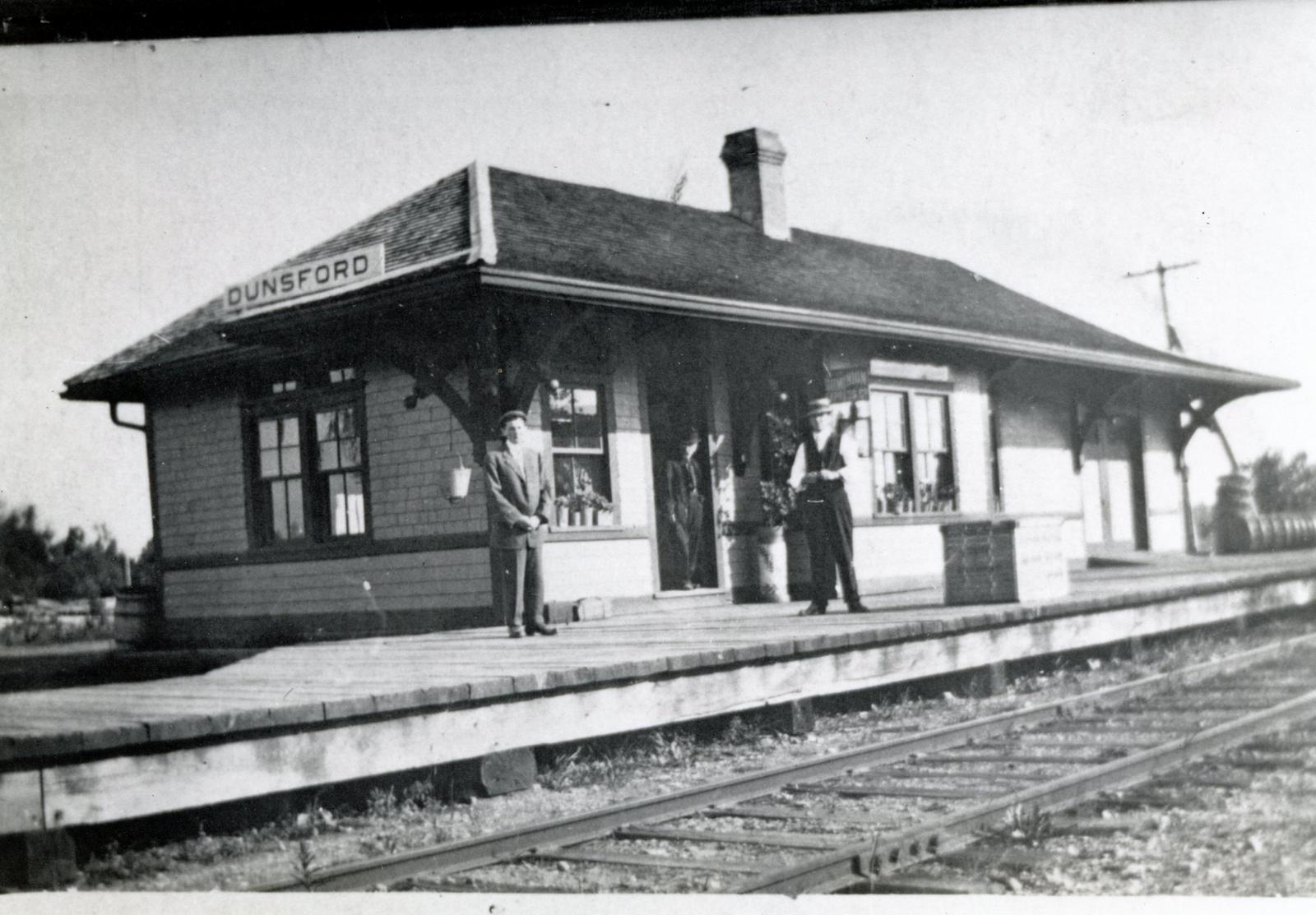 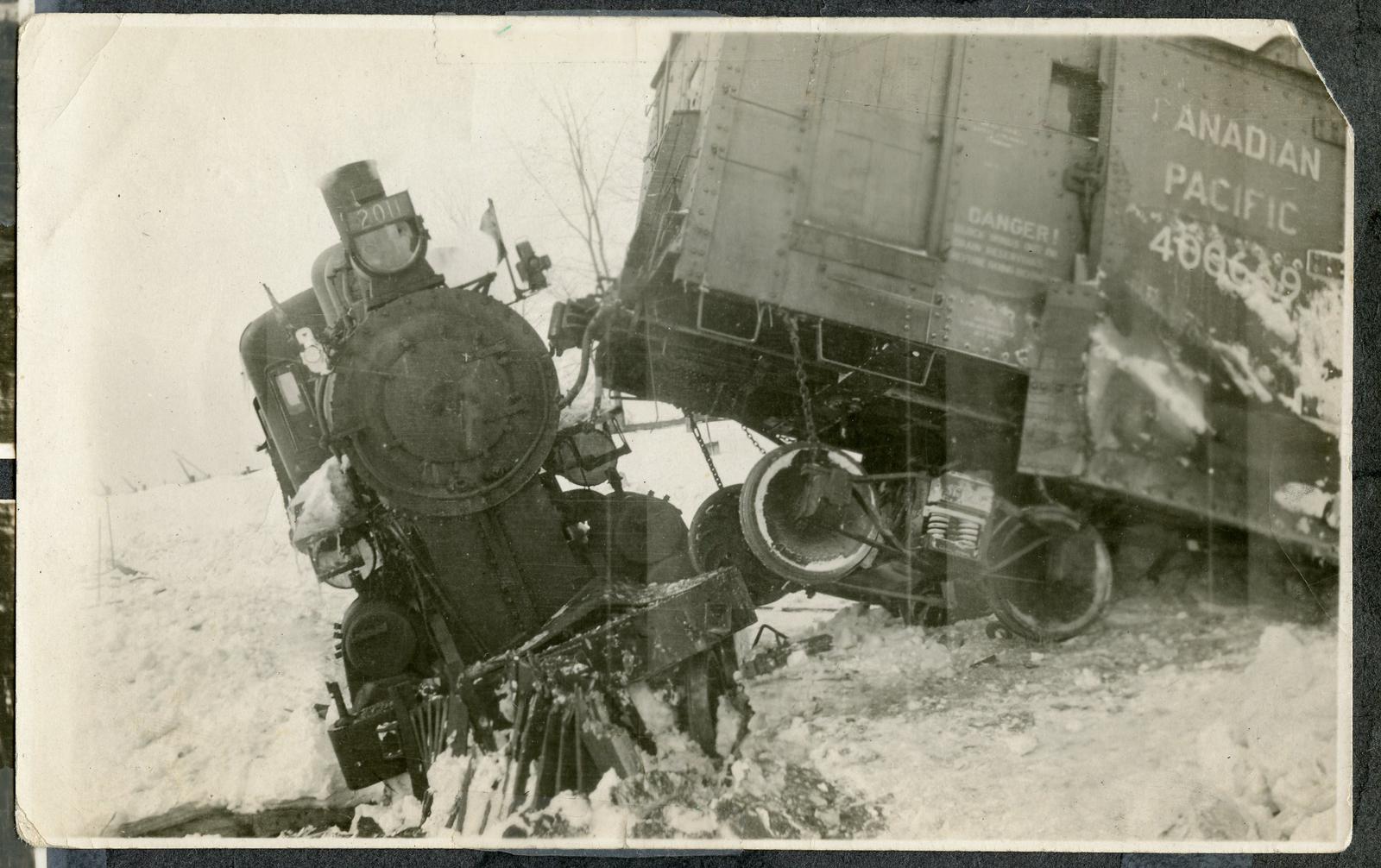 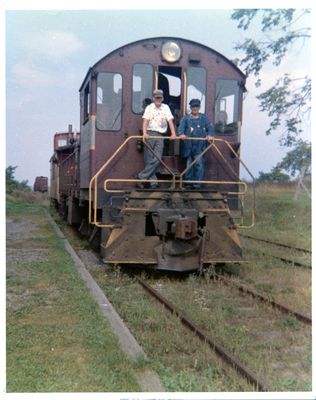 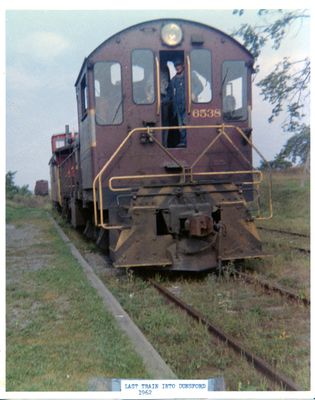