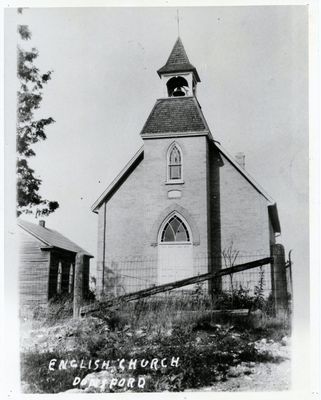 See old Anglican church to the left of the newer one. Details

"The first Anglican church in Dunsford was of frame structure, built on the same grounds as the present one (1973). It wasn't consecrated until September 13, 1881, but it had been used for services before.
The first organist was Jessie Thurston and Mrs. Roy Robertson was also one for many years. Flo Thurston and Arthur Kennedy were the first couple to be married in the church with Reverend Walter Creighton officiating. Mrs. Kennedy was also the first to be baptised. The last was Hector Lithgow.
The sanctuary chairs were donated by W.B. Kennedy in memory of his parents and the font was given by Morris Thurston in remembrance of his parents. Also, the parents of John Armand Leplan presented a window, Mrs. Wood gave the pipe organ in remembrance of her parents, and the oak lectern was given by Serg Harper's sister in his memory. 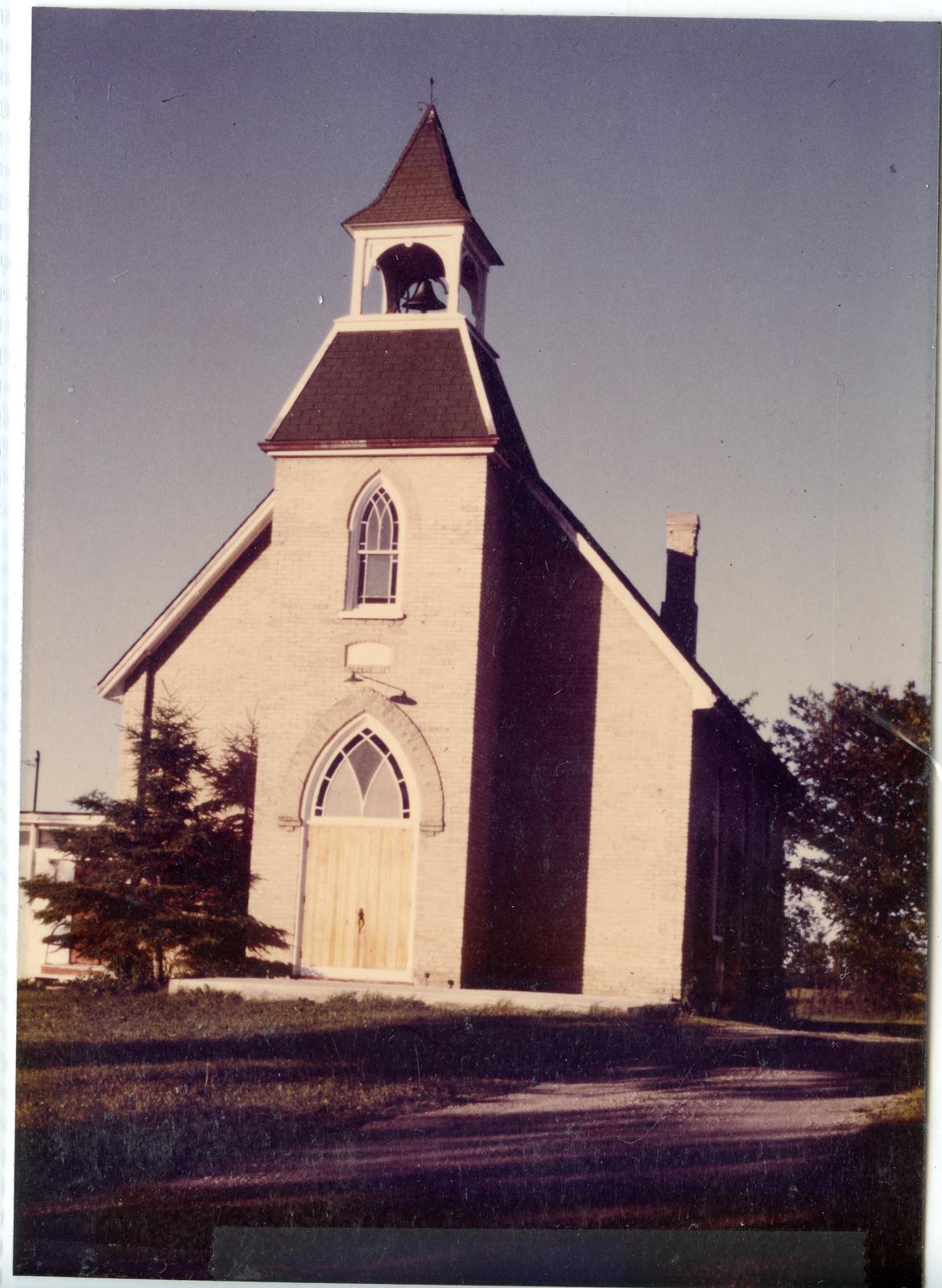 page 53 - Churches Details
The present church was built in 1892 beside the old one. It is of brick veneer, whereas the former was frame."

This church can be found at 1948 Sturgeon Road in Dunsford. 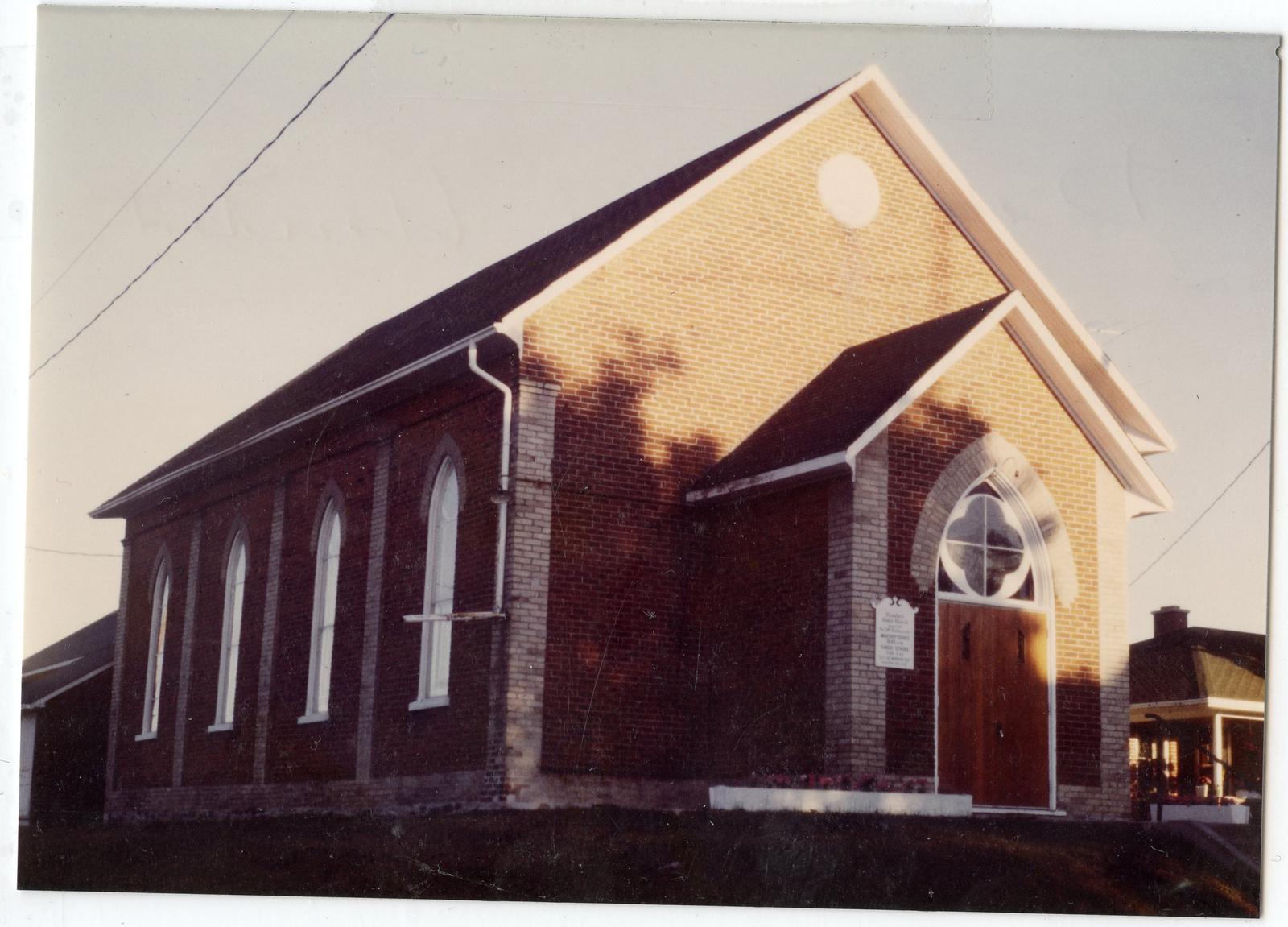 "The Methodist Congregation organized itself around 1858, but meetings were held and classes were formed before this date. Services were first held in the home of Mr. and Mrs. Henry Thurston, and then in the old school house, opposite today's general store.
The original church was erected on property bought for $25 from Mr. Henry Thurston between 1860-1863, and was used for a church hall and later a public library. The present church was built in 1886 when Rev. W.M. Patterson (Pattyson) was the minister.

The original Methodist Church was incorporated into the construction of what became the United Church in 1886. There are records to be found some day beneath the cornerstone at the north-east corner of the church.

In 1981, an addition was put on the back of the church. For almost 30 years, the minister's study also served as the village library. 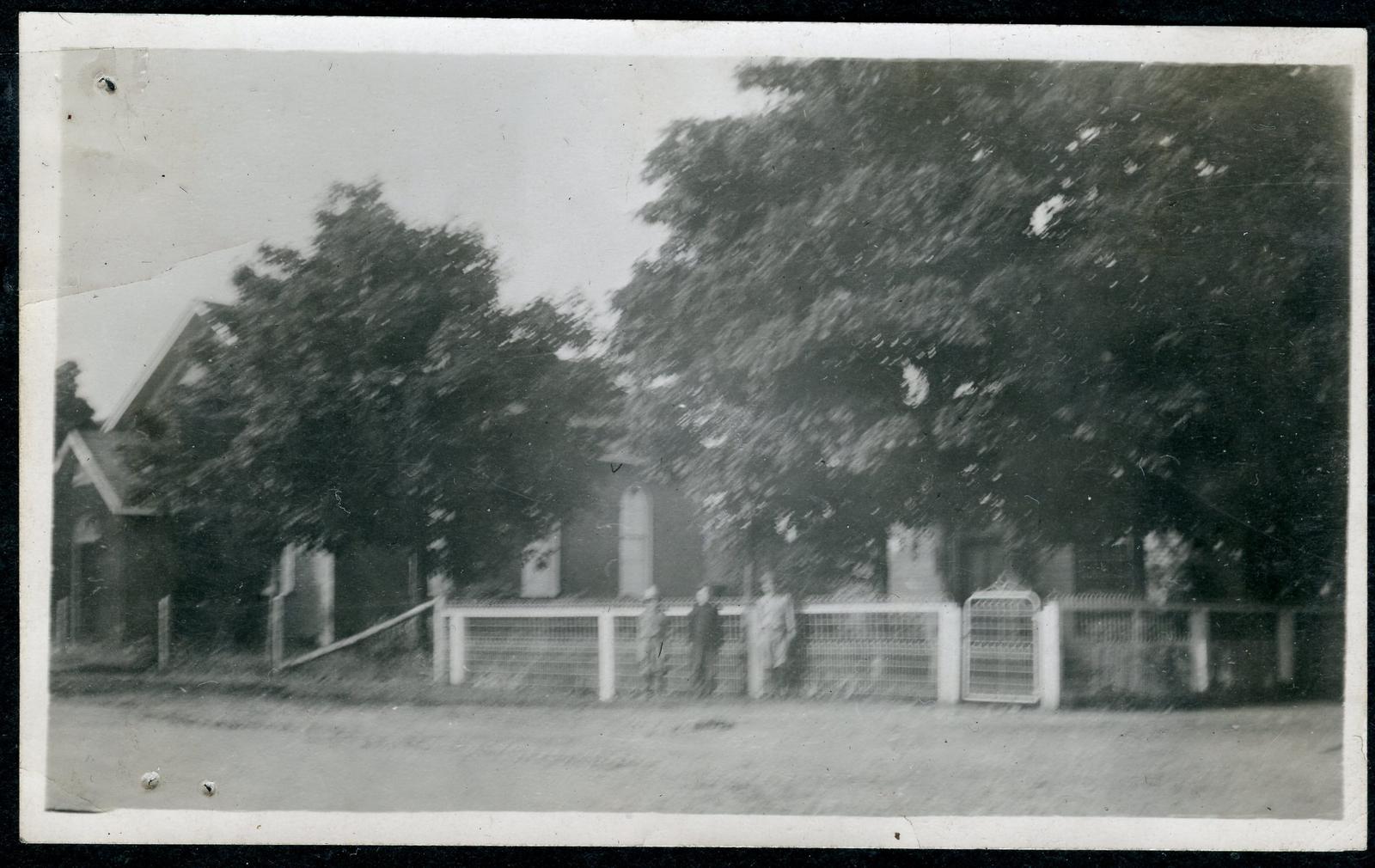 "Dunsford Presbyterian Church was built in 1872 but it was called Canada Presbyterian Church of Sheriff's Corner. A divine service was conducted by the pastor, Reverend John Patterson and the Reverend-Professor Gavin of Knox College, Toronto on September 22, 1872.
There was an older church on the same site which was possibly built about 1860. The new church cost $1331.12 and the congregation raised $1414.65. Mr. M. Thurston owned the property where the manse stood and Mr. David Sherriff owned the church property. 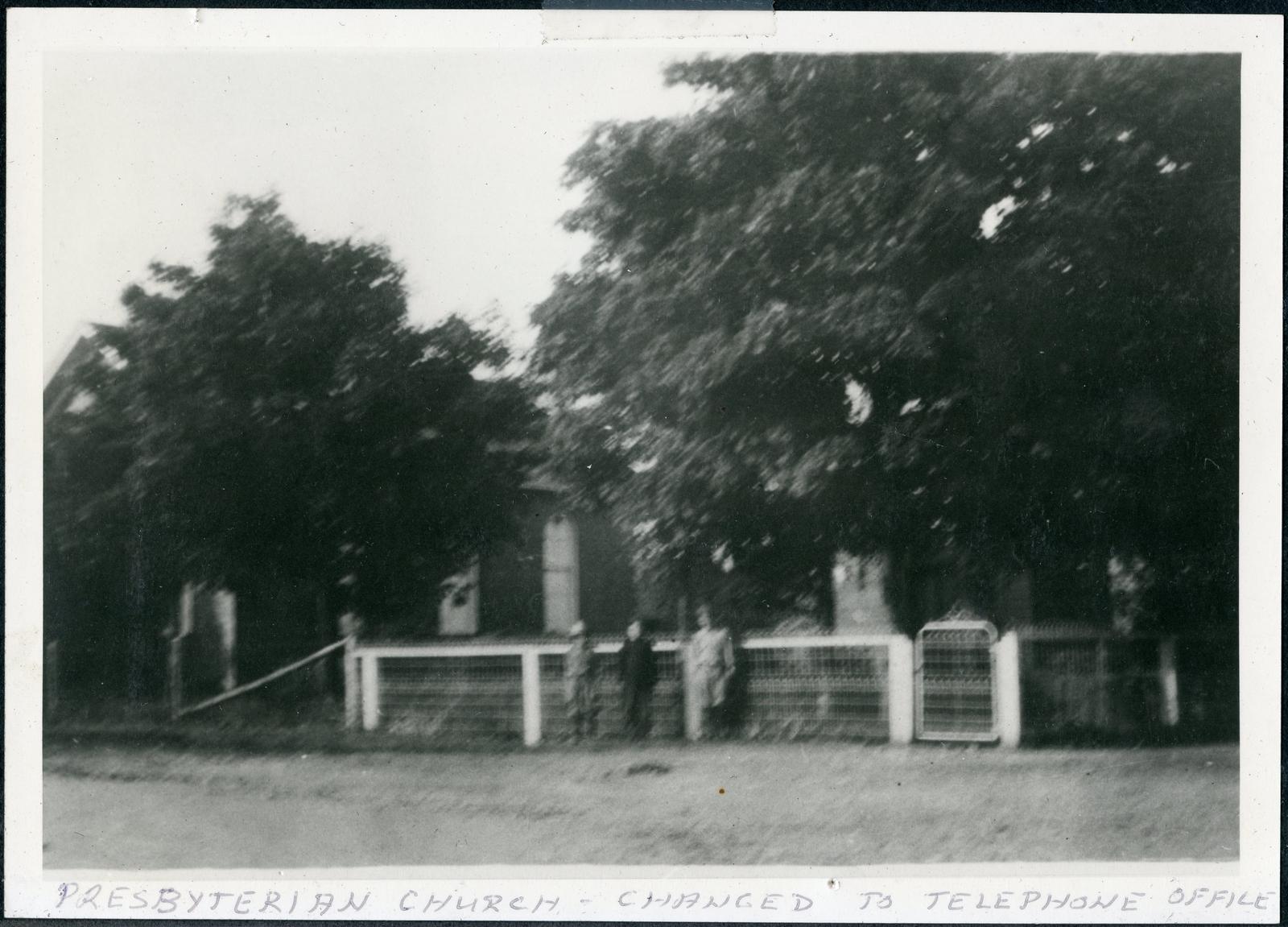 page 58 - Presbyterian Church Details
On the first Sunday of operation there was two services, one in the morning and one in the afternoon...The church was filled for both services."

The church closed in 1925 when the churches united. The building was remodelled for a telephone office and in 1960 two apartment dwellings were established. It is now a private dwelling at 1966 Sturgeon Road. 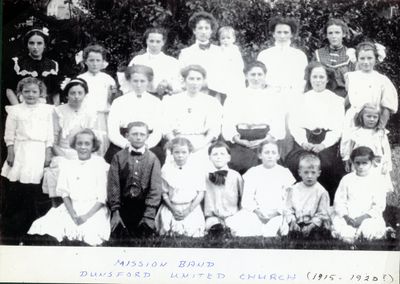 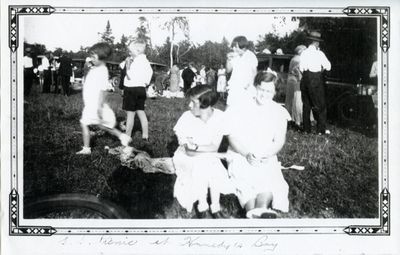 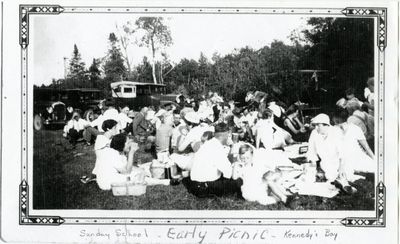