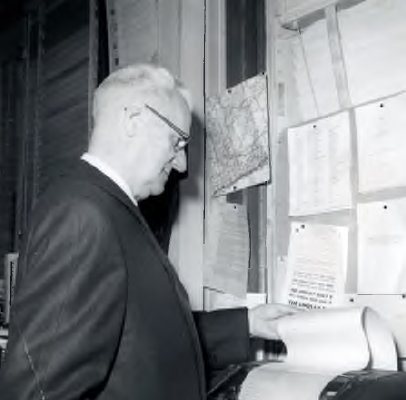 On the Main Street - 1967 Details
After retiring as editor for the "Watchman-Warder", Ford W. Moynes joined the staff of the Lindsay Daily Post as a writer of feature articles and of his own column, "On the Main Street".

From 1963 until the mid-1970s, his "On the Main Street" columns appeared almost daily, each covering an aspect of local history, some covering events from Lindsay's earliest days, and sometimes covering current events. Over 100 of these articles were preserved in the scrapbooks.


The header of 1965 columns included a photo of the sidewalk just outside the Lindsay Town Hall on Kent Street West to denote "Main Street". In June 1965, a photo of Moynes at the typewriter was added next to the final title, "On the Main Street" and other than changing the photo of Moynes, this is how the column remained in presentation until the end.

Search or browse all clippings and scrapbook items: "On the Main Street" - Newspaper Column 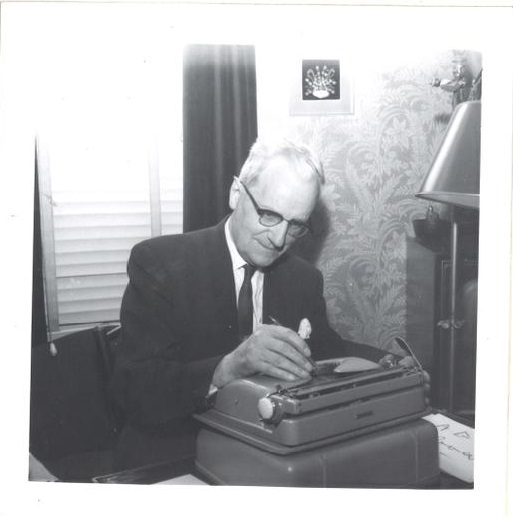 On the Main Street - 1969 Details
"On the Main Street" covered a variety of local history across the entire municipality of the former Victoria County (now City of Kawartha Lakes). Here are a few:

History of Scotch Line, a community that no longer exists (14 July 1965)

"Go and paddle your own canoe": the Sturgeon Point Regatta (8 January 1972) 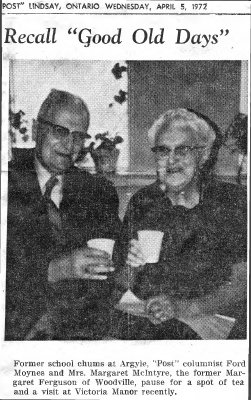 Recall "Good Old Days" - 5 Apr 1972 Details
Moynes was active in the community and often drew from conversations with local citizens for his columns. He also used his space to profile citizens with many of these columns in memoriam.