He is the son of Mrs. Clara Bailey, of Waterloo. He was born in Canada and received his education in Kitchener.

He was born in 1893 and married Lilian Dorothy Walker.

He worked on the Canadian Army Pay Corps.

He was discharged in London and is living in Preston, Ontario, Box. 106. 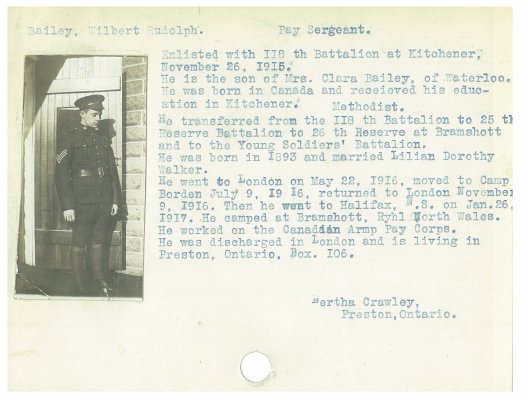 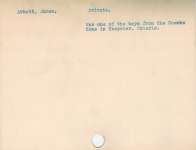