WITH MANY FIRSTS IN UPPER CANADA

Abolition of Slavery and Trial by Jury.

Two of the First Churches:

Some of the First Public and Grammar Schools met here.

John Lowe, former resident of Niagara, designed the engine and machinery for "The Royal William," the first boat to cross the Atlantic under her own steam in 1833. It was also the first steam transport in Portugal. The first steam man-of-war in Spain and the first naval steamer that ever fired a shot in action.

Contingents arrive and set up camp. Evening, get acquainted visits.

Settling in, inter-group visits and camp fires in the evening.

Church services throughout the morning. Afternoon activities include an "At Home" by Niagara-on-the-Lake for Jamboree Scouts; visits to historic sites in the town; a pageant at Fort George at 4.00 p.m. At 7.30 p.m. there will be special gatherings for services of worship which will include a Scouts' Own in the Arena.

a.m.—first swim period; rehearsals for evening displays; 2.00 p.m.—tours to Niagara Falls; 2.30 to 4.00 p.m.—variety show in the Arena by visiting artists; 7.30 p.m.—band concert in Arena; 8.00 p.m.—Scouts of France and other contingents to present displays in Arena. 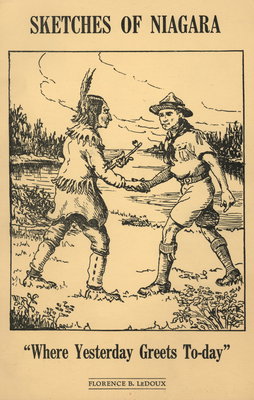