The units, which would be rented for a maximum two-year period, should be built in the village for security reasons, said Ms. Bomberry.

Since the centre doesn't have money to purchase land or hook up services, the board of directors has asked for the band council's help. 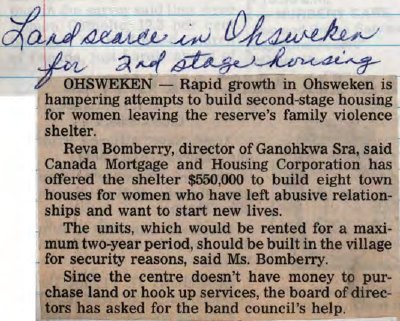