HREC website → Home (Advanced) → What's New → Details
Non-Holodomor: Corpses of children who died of starvation in the streets of Kherson, Ukraine, lie in a heap at a mortuary
Description 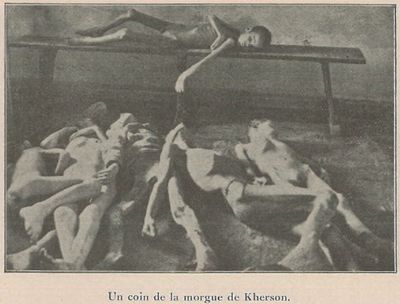