Creator
Wienerberger, Alexander, 1891-1955, Photographer
Media Type
Image
Text
Item Types
Photographs
Photograph albums
Description
An open field on the edge of the city has been transformed into a site for anonymous mass graves. Large numbers of unidentified victims of the raging famine were picked up each day in Kharkiv. A gravedigger pauses to look at the photographer. Houses and other buildings can be seen in the background. A similar scene is shown in PD23 (http://vitacollections.ca/HREC-holodomorphotodirectory/3636393/data ) 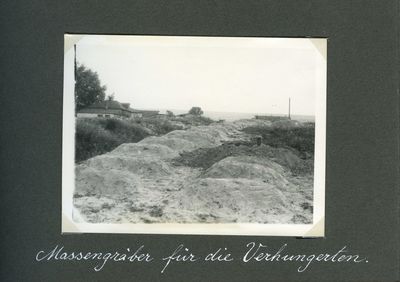