HREC website → Home (Advanced) → What's New → Details
Non-Holodomor: Russian cemetery in the winter of 1921-1922, with a large pile of frozen, unburied corpses in the foreground
Description 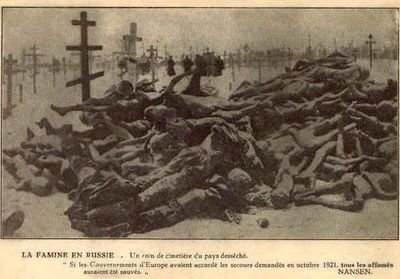