Bill Pratt audio interview
Creators
Bill Pratt, Interviewee
Mandy Martin
, Interviewer
Trevor Joice, Audio Engineer
Media Type
Audio
Description
Information provided by Lenna Broatch, November 2021 - "Bill Pratt was born near Russ’s Creek in the north end of Cramahe Township and attended school in Castleton and Warkworth, but lived most of his life in Castleton. In the late 1950s there was a shortage of public school teachers. At that time Grade 13 students who were planning on Teachers College the following year were given the privilege of attending summer school for two years while also teaching during those years. In their third year they attended college. Bill qualified.
He taught at Pine Grove school on Purdy Road. Bill Metcalf, a senior student who later became a lifelong teacher at Colborne High School, was one of his students. Afterwards Bill applied to Castleton and became a principal. He also taught at South Cramahe Public School and retired in 1990.
After Bill’s and Mary Buchanan’s retirement from teaching, they lived in Bill’s childhood home, east of Castleton. Bill and Mary had a good partnership as they had so much in common, attending Castleton United Church, all church suppers regardless of where they were, and cheering on their former students." 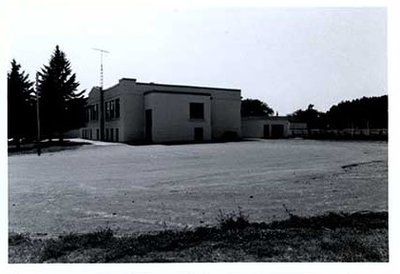