Media Type
Image
Item Types
Photographs
Photograph albums
Description
Fifty-eight photos and fifty-six photo postcards originally comprised a photo album believed to be owned by Gertie Mikle of Colborne, Ontario. Some of the postcards were cropped, showing partial images. The back of the photo or photo postcard will be included if there is an inscription or any other contextual information. The photographs were removed from the original photo album and the original order of the photographs and the pages is unknown. 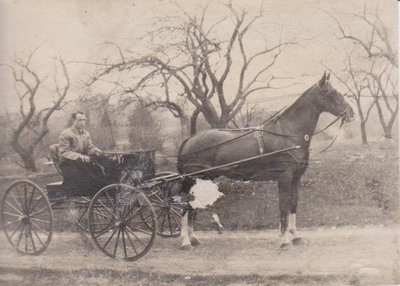