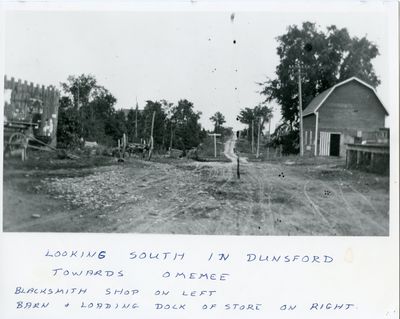 page 6 - Dunsford - Blacksmith, Barn and Loading Dock Details
Blacksmithing in Dunsford began with the Bell family and stayed with the family for three generations. Then the job was handed over to Mr. Graham, then Mr. Stacey, Mr. Morrow, and Mr. Karr. Tom Smith ran the blacksmith shop until Hilliard Golloher took it over in 1933. 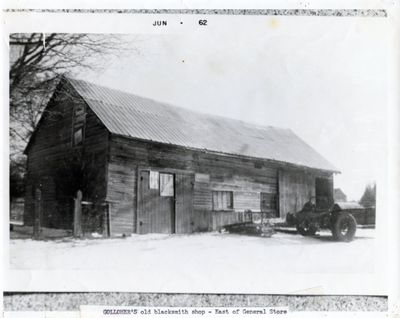 page 17 - Golloher's old blacksmith shop Details
In October 1935, Golloher purchased the blacksmith shop from James A. Thurston, and continued to use the same shop until 1962 when he constructed a new building adjacent to the old one. The old shop was dismantled in 1962, and at that time it was thought to be at least 100 to 115 years old. 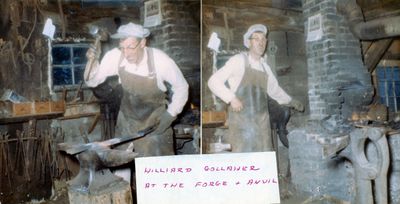 Wooden wagonwheels were set at $1 per wheel. 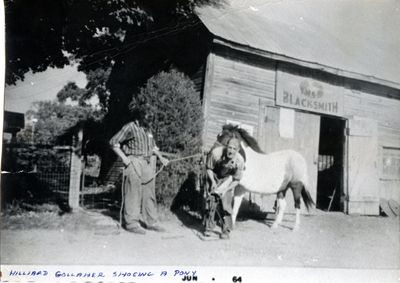 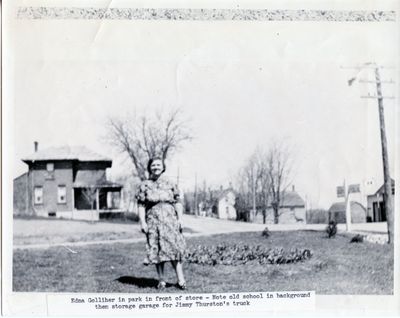 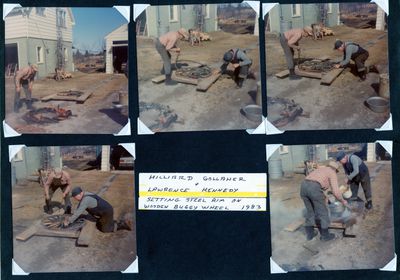 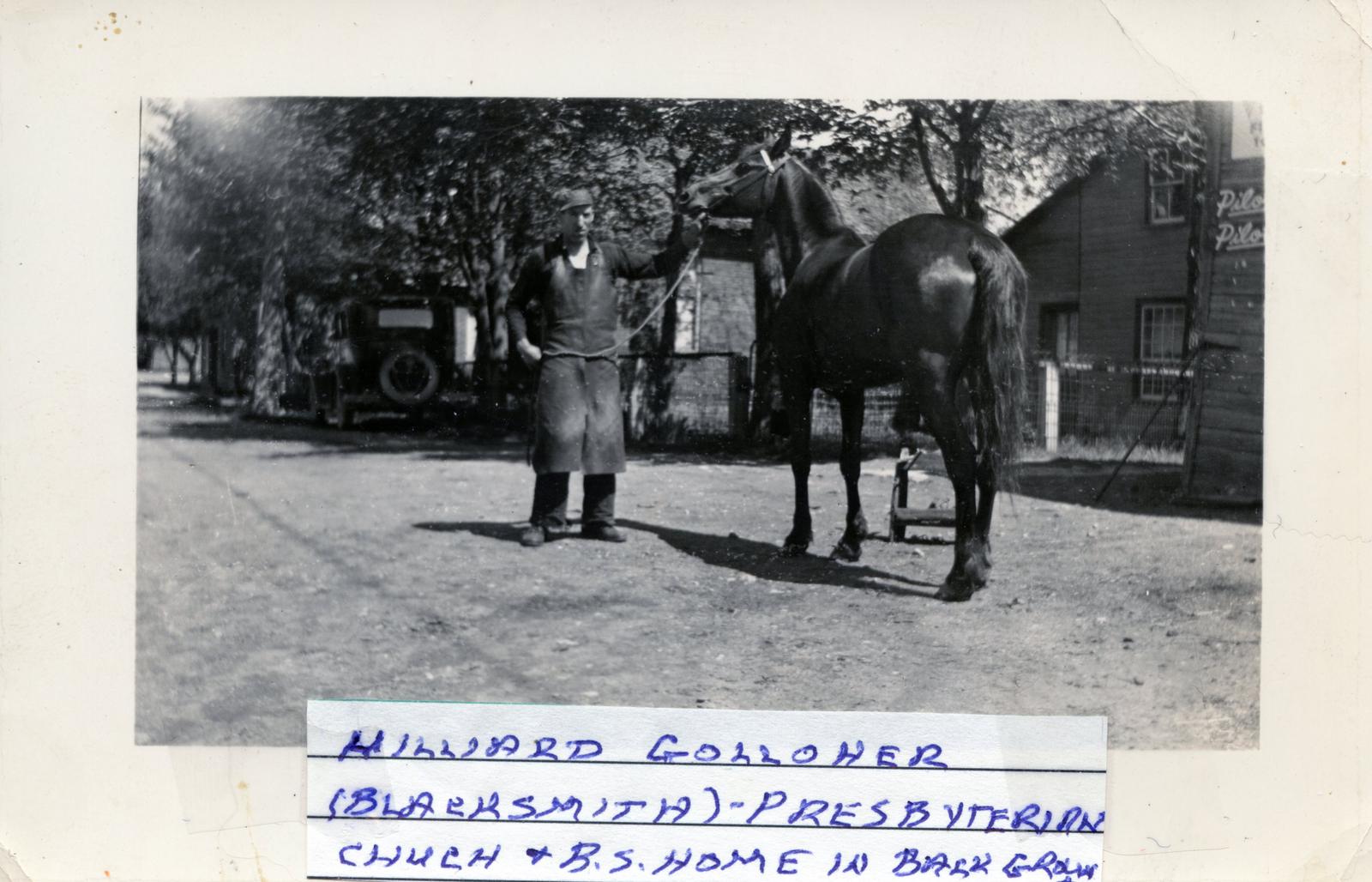