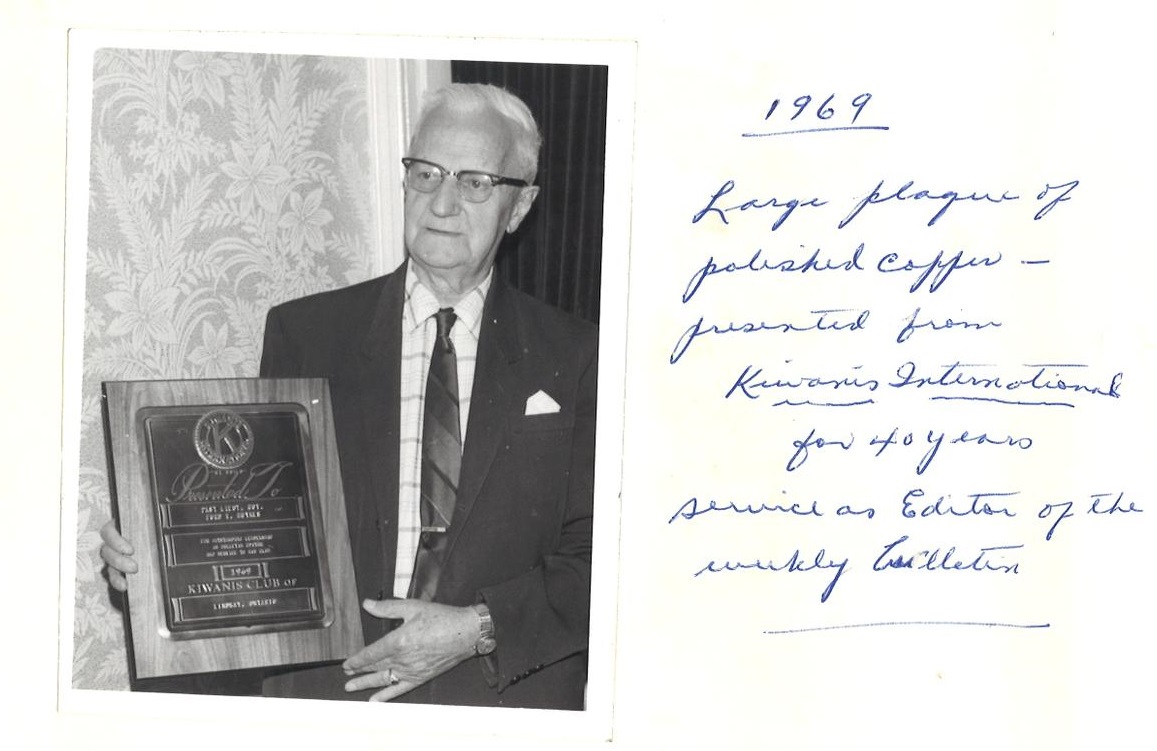 Kiwanis Award for 40 years as Editor of weekly bulletin Details
In addition to his journalism and editorial work, Ford Moynes was advertising manager of “The Post”, and was for nearly 25 years a correspondent for “The Globe and Mail” and the Toronto “Star” newspapers.


Ford Moynes spent most of his career as Editor of the Watchman-Warder, but for 40 years, he also served as Editor for the weekly bulletin of the local chapter of Kiwanis International-- over 4000 bulletins.

In addition to this, Ford Moynes also took on a few other writing projects for organizations in the community. The following pieces were included in the scrapbooks, although there may be others that were not preserved in his books. 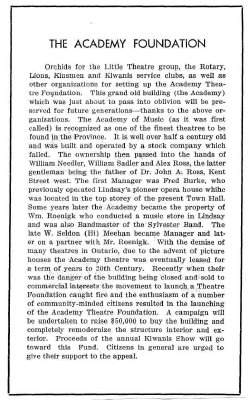 
This write-up contains something that Ford Moynes used in his "On the Main Street" column to offer praise-- "orchids". Here in the opening line, Moynes suggests orchids should be given to "the Little Theatre group, the Rotary, Lions, Kinsmen and Kiwanis service clubs" for setting up the Academy Theatre Foundation. In other columns he often concluded with "orchids to" the person or group about whom he was writing. 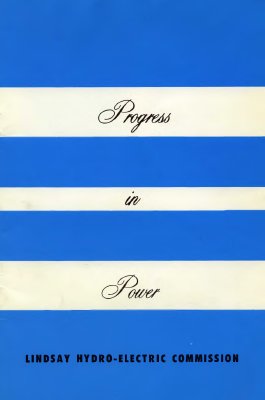 Progress in Power Details
This 16-page booklet was included on page 87 of Volume 3 of Ford Moynes's scrapbooks. It was paperclipped to the page with a typed note on yellow paper that read, "Remember the work we did on this booklet?"

Inside, the title of the booklet is "History of Lindsay Hydro-Electric Commission" compiled by Boyd L. Graham, Ford W. Moynes, and J. Lightbody, P. Eng.

The booklet chronicles the history of gas and electricity in the town of Lindsay from 1857 through to the creation of the Light, Heat, and Power Company of Lindsay, Ontario, to the challenges of the Great Depression, to Lindsay's rapid jump in population post World War Two.

The booklet contains photos of the Light, Heat and Power Company's office in 1911, the building that served as office from 1928 to 1966, and the Lindsay Hydro Commission's office in 1967.

There are four graphs, two pie charts and three photos of distributing stations.