ARTICLES OF PROVISIONAL AGREEMENT entered into on Thursday, the fifth day of November, 1818, between the Honorable William Claus, Deputy Superintendent General of Indian Affairs on behalf of His Majesty, of the one part, and Buckquaquet, Chief of the Eagle Tribe; Pishikinse, Chief of the Rein Deer Tribe; Pahtosh, Chief of the Crane Tribe; Cahgogewin of the Snake Tribe; Cahgahkishinse, Chief of the Pike Tribe; Cahgagewin, of the Snake Tribe; and Pininse, of the White Oak Tribe, Principal Men of the Chippewa Nation of Indians inhabiting the back parts of the New Castle District, of the other part, Witnessth: that for and in consideration of the yearly sum of the seven hundred and forty pounds Province currency in goods at the Montreal price to be well and truly paid yearly, and every year, by His said Majesty to the said Chippewa Nation inhabiting and claiming the said tract which may be otherwise known as follows: A tract of land situate between the western boundary line of the Home District, and extending northerly to a bay at the northern entrance of Lake Simcoe, in the Home District, commencing in the western division line of the Midland District at the north-west angle of the Township of Rawdon; then north sixteen degrees west thirty-three miles, or until it strikes the line forty-five; then along said line to a bay at the northern entrance of Lake Simcoe; then southerly along the water's edge to the entrance of Talbot River; then up Talbot River to the eastern boundary line of the Home District; then along said boundary line south sixteen degrees east to the townships of Darlington, Clark, Hope and Hamilton to the Rice Lake; then along the southern shore of the said lake and of the River Trent to the western division line of the Midland District; then north sixteen degrees west to the place of beginning, containing about one million nine hundred and fifty-one thousand acres. And the Buckquaquet, Pishikinse, Pahtosh, Cahgahkishinse, Cahgagewin and Pininse, as well for themselves as for the Chippewa Nation inhabiting and claiming the said tract of land as above described, do freely, fully and voluntarily surrender and convey the same to His Majesty without reservation or limitation in perpetuity. And the said William Claus, in behalf of His Majesty, does hereby promise and agree to pay to the said Nation of Indians inhabiting as above mentioned, yearly, and every year, forever, the said sum of seven hundred and forty pounds currency in goods at the Montreal price, which sum the said Chiefs and Principal People, parties hereunto, acknowledge as a full consideration for the lands hereby sold and conveyed to His Majesty.

IN WITNESS WHEREOF, the parties have hereunto set their hands and seals on the day first above mentioned in the Township of Hope, Smith's Creek.

Signed, sealed and delivered in the presence of } 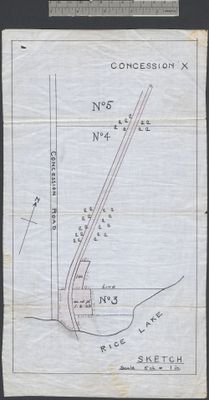 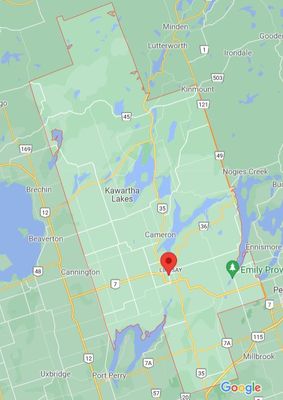 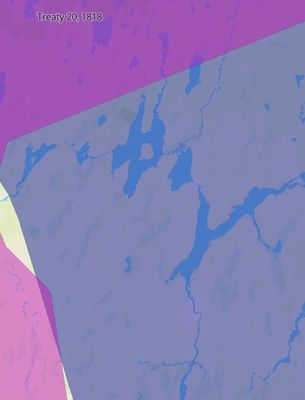