Between 2007 and 2015, the Government of Canada provided about $72 million to support the TRC's work. The TRC spent 6 years travelling to all parts of Canada and heard from more than 6,500 witnesses. The TRC also hosted 7 national events across Canada to engage the Canadian public, educate people about the history and legacy of the residential schools system, and share and honour the experiences of former students and their families.

The TRC created a historical record of the residential schools system. As part of this process, the Government of Canada provided over 5 million records to the TRC. The National Centre for Truth and Reconciliation at the University of Manitoba now houses all of the documents collected by the TRC.

Read the Truth and Reconciliation Commission of Canada Reports here.

Truth and Reconciliation Community Bobcaygeon
The purpose of this local group is to foster and develop respectful relationships among non-Indigenous people, indigenous neighbours, and the land. The group is a collective of non-Indigenous people living in Michi Saagiig territory learning about Truth and Reconciliation and are looking to promote awareness to other settler-descendants in the community. This collective came together following the conflict of the Pigeon Lake Manoomin Debate in 2015 when progressive activists were invited to come together for an initial meeting to discuss efforts they could take to diffuse the conflict and defend Indigenous harvesting rights.

Find out more about TRC Bobcaygeon by checking out their website. 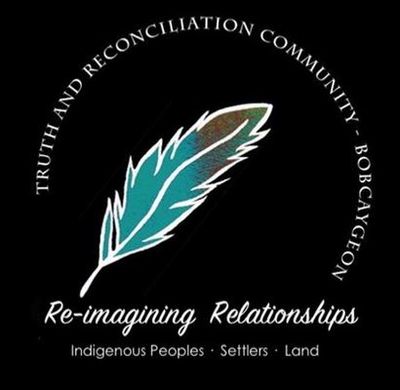