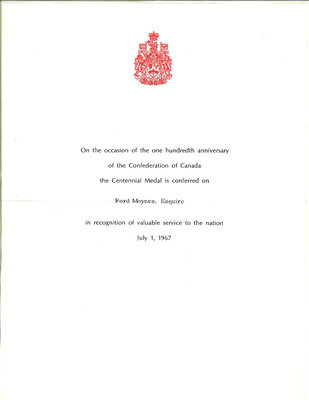 On the Main Street - 1 July 1967 - Centennial Medal letter Details
Included in the scrapbooks was the letter Ford Moynes received from the government of Canada. 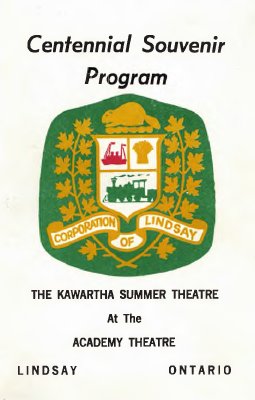 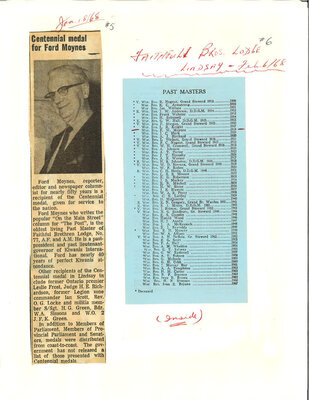 "On the Main Street" - newsletter of Free Masons, 6 February 1968 Details
The Canadian Centennial Medal is a commemorative medal struck by the Royal Canadian Mint in 1967 to commemorate the 100th anniversary of the Canadian Confederation and was awarded to Canadians who were recommended by government, professional, educational and cultural associations, as well as military and protective services, veterans' groups, sports associations, and philanthropic and charitable bodies, for having provided valuable service to Canada. Some 29,500 medals were issued after its inauguration on 1 July 1967.