He was a veteran of the South African War, going over with 4th Canadian Mounted Rifles April 1902 and was honorably discharged that same year.

His next of kin is Thomas McMaster, Box 69, Hespeler, Ontario. 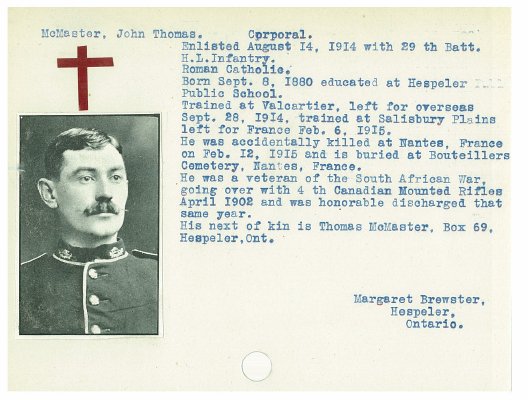