Large Gathering Was Delighted With the Program and the Goodly Sum of $400 was Realized. Col. Williams Present.

The Red Cross concert held in the Laura Secord Hall last night by the Queenston Red Cross and Patriotic Society was a glowing success in every way. The attendance was large and an excellent program was given.

William Armstrong, Queenston. was in the chair and presided in a most acceptable manner.

Lt.Col. G. H. Williams, head of recruiting in this district, No. 2, spoke very eloquently the interest of the Red Cross work and delighted everybody.

Dr. Musgrove, M.L.A., also spoke with much feeling and his remarks were very much appreciated. Major H.

C. Sheppard of Queenston second in command of the 176th Battalion, showed the audience his souvenirs, which he personally gatherer at the front, and gave a most interesting talk on his experiences there.

The 176th Battalion band, under the able leadership of Mr. Burley, rendered many selections, which were enthusiastically received.

Sergt. John Fernley and his comrades of the band sang and were certainly appreciated.

The proceeds of the concert, including the subscriptions would approximate about $400.

Lunch was served to the band and other entertainers.

The monthly meeting of the Women's Institute was held Thursday afternoon in their own room in the Laura Secord hall. A fair attendance was present.

First was read a report of the supper and concert held Tuesday, December 5, which netted $90 towards the Hall fund. With what they nave in the bank this will leave only a debt of $50 on the hall. It is needless to speak of the pleasure felt among the ladies on hearing this statement.

The convenor of the Red Cross gave her report of the Red Cross work. This fall they have packed and shipped six bales containing the following articles: 64 sheets, 90 doz. handkerchiefs, 195 huck towels, 89 turkish towels, 47 hospital shirts, 27 pairs socks, 6 pads and 11 doz. safety pins. Most of these were sewn during the summer months by the different members.

They are also sending a parcel of 38 turkish towels and some old linen to the Returned Soldiers' Hospital, Toronto.

Miss Butler gave a very interesting report of the convention in Toronto. It conveyed an idea of the great work the Women's Institutes are accomplishing throughout the provinces, especially in the Red Cross line.

Dr. Backus, one of our favorite government speakers, spoke on "Women's responsibility during and after the war." From the economic side she ad* vised using plainer foods which still may be perfect foods, for example oatmeal and skim milk. We should also dress plainer.

The convention made a strong plea for medical inspection in the public schools giving instances where vast improvement had been shown in the work of pupils where this had been adopted.

Dainty refreshments were served by Mesdames Muir and Ramsey, after which the meeting was brought to a close.

"There can be no robust Christianity without doctrine and dogma," said an eminent preacher the other day. Without "doctrine," if doctrine means simply belief, there can be no Christianity at all. But "dogma" presents itself as something imposed on the mind by ecclesiastical authority, irrespectively of conscientious conviction. That there can be no robust Christianity without dogma in this sense is the principle of the Papacy, recently reaffirmed in its Syllabus, and was that of the Inquisition. It was that of Louis XIV., who persecuted the Huguenots, and of Claverhouse and his dragoons when they butchered the Covenanters. Dogma, rightly so-called, is dead or dying. There is no use any longer in asking us to believe, or pretend to believe, anything that is incredible or unproved because it is good for us and approved by the parson and the Church. There is a great and growing desire for the plain truth, whatever it may cost us in the way of sacrifice of cherished convictions.

"Robust," by the way, is an epithet which reminds us rather more of President Roosevelt, with his "strenuous life" and his "big stick," than of the recorded sayings of the Founder of Christendom. Force enough Christianity showed in its way by its victory over the superstitions, iniquities, and vices of the heathen world. But it. was not force exactly of the kind now denoted by the epithet "robust." 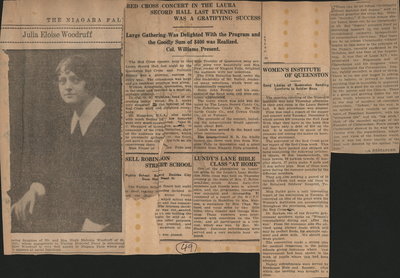