Search the collection
Search Collection:
Advanced Search Search Hints
Browse By:
Browse by Location Browse by Subject Mysteries Comments Contributions
Share your stories with us:
Send us a picture or tell us a story
Subscribe and Share:

Does anyone know when this document was created? 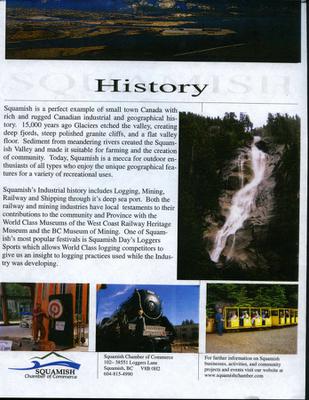 Letter to Squamish Board of Trade from Superintendent, Pacific Great Eastern Railway. RE: Nature of business

Which Mr. Wilson are they referring to here? What role might he have had? 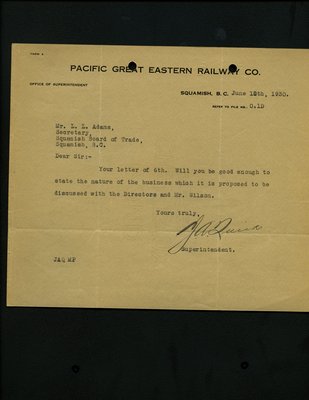 Letter to Legislative Assembly from J. Wilkinson, Squamish Board of Trade. RE: New Highway

Is this letter of resolution the same or similar to the one sent out to the other boards of trade, service clubs and public organizations as per the ... 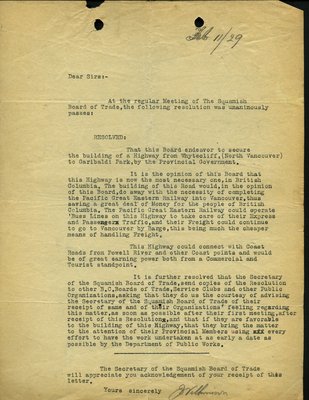 Letter to Yorkshire & Pacific Securities Ltd. from Squamish Board of Trade. RE: New Highway

Is the bridge mentioned here the Mamquam bridge? 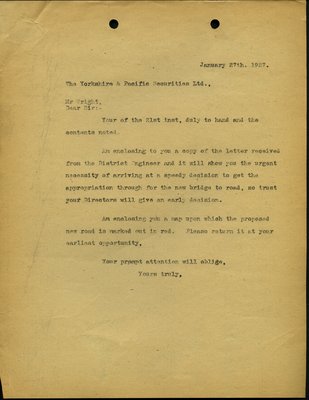 Letter to J. Wilkinson, Secretary, Squamish Board of Trade from Assistant District Engineer, Department of Public Works. RE: New Highway - Right of Way

Underneath the letterhead, 'Lillooet District. Indian River Road' is written. Was road is this? 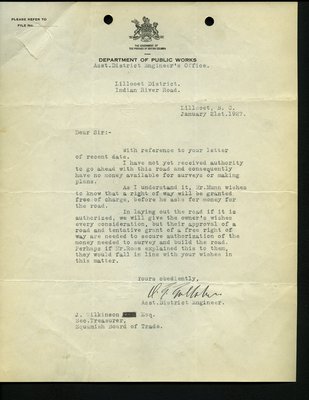 Who was the individual who wrote this? 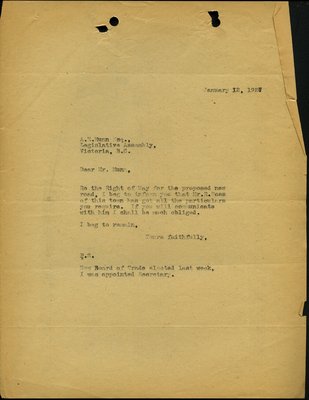 Would anyone know or be able to decipher who this letter was written by? 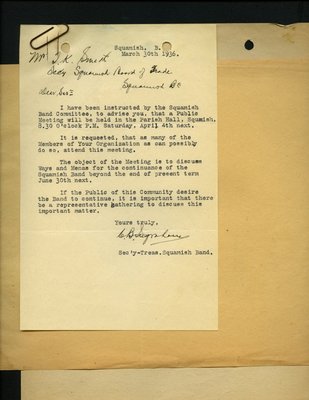 Who is this competitor? 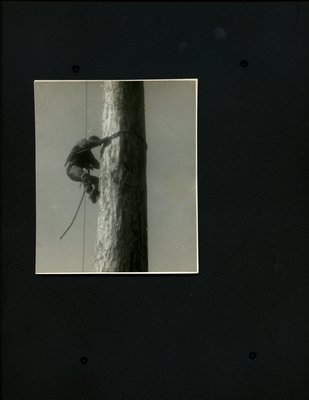 Who are these competitors? 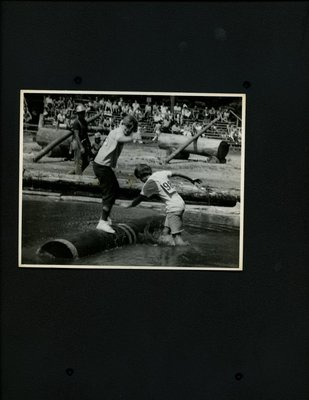 The location of the Woodchip barge is unidentified on the sketch. Would anyone know where this was/is located? 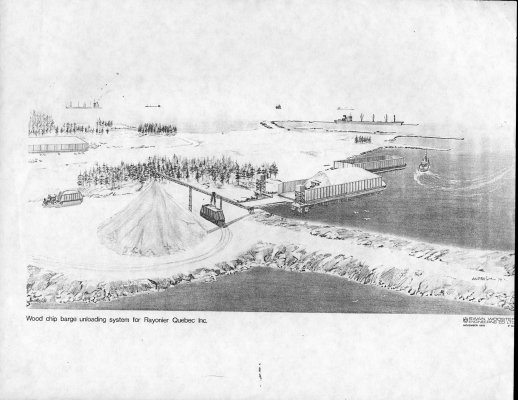 Does anyone know who the Queen/Princess is, standing with Cathy MacGee and Donna Billy on the photo on Page 5? 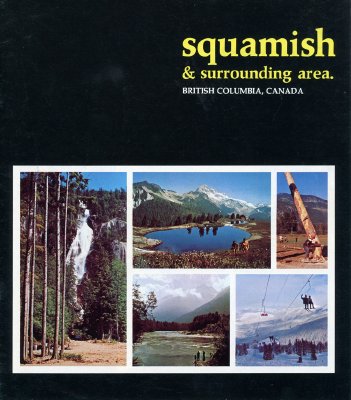 Would anyone know the purpose behind the Board of Trade examining the fertilizer plant? 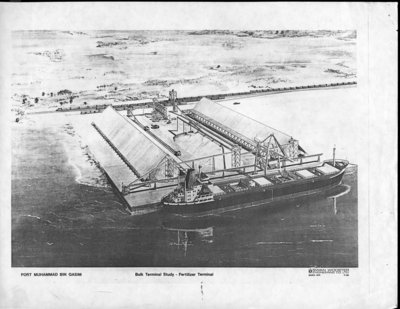 Would anyone know the purpose behind the Board of Trade examining the shipyard? 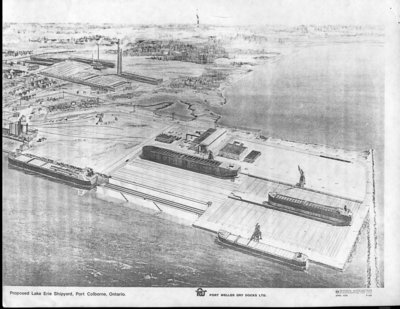 Sketch of Typical Sulphur Forming and Handling Facility at Jubail

Would anyone know the purpose behind the Board of Trade examining the Sulphur Forming plant? 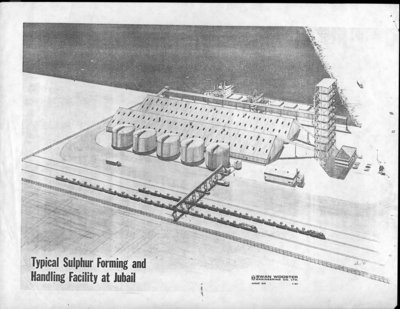 The photograph is inscribed with the name of the person but it is unclear. Can anyone identify this individual? 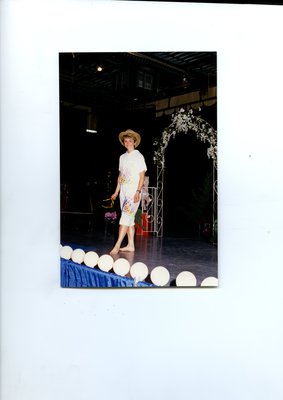 Letter to T. Smith, Squamish & Howe Sound District Board of Trade from Deputy Minster, Department of Lands. RE: Land for park

Who was the Deputy Minister that signed this letter? 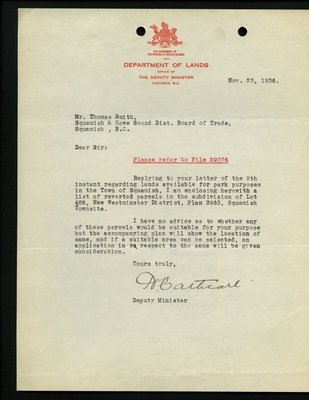 Letter of application to the Squamish & Howe Sound Board of Trade by B.E. Deair 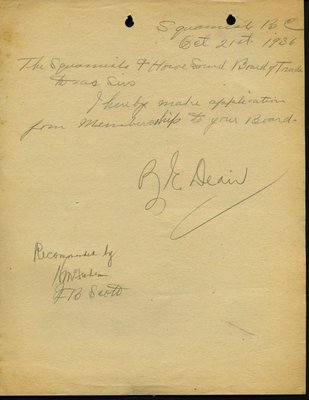 Letter of application to Squamish & Howe Sound Board of Trade by A. McLeod 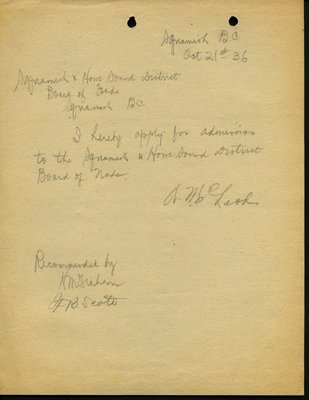 Who are these gentlemen posing for the picture? 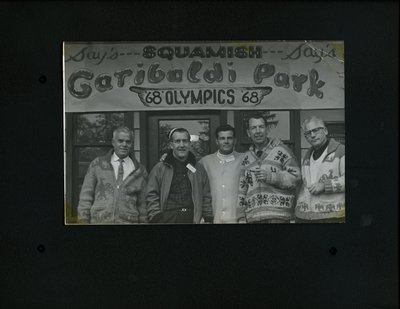 Who was A. Munro writing this estimate proposal for? 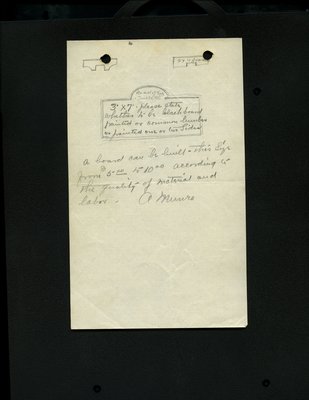 What are the names of the 16 members listed here? 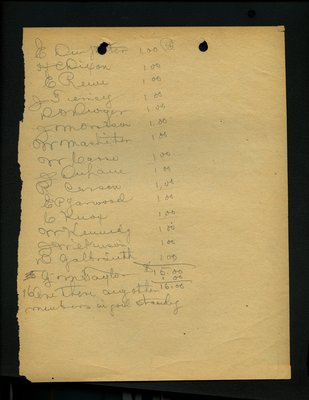 When was this recommendation written and by whom? 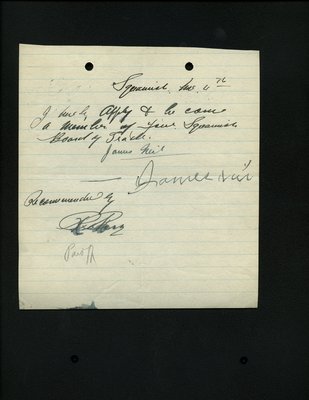 Letter of application to Squamish Board of Trade by A.K. Green

Who was the individual who made the recommendation for A.K. Green? 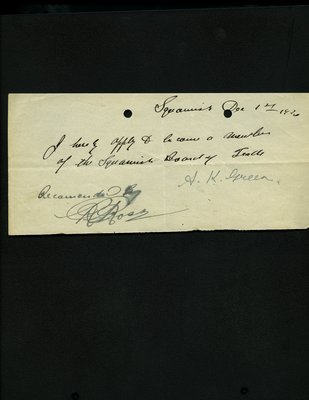 Photograph of men posing with a locomotive in the 1920s

Who are these men? Was this a photograph taken for a special occasion? 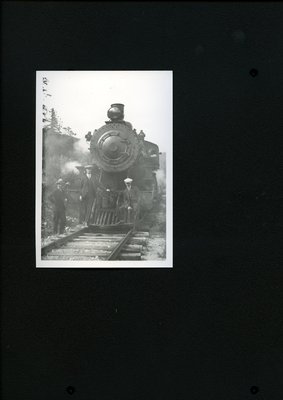