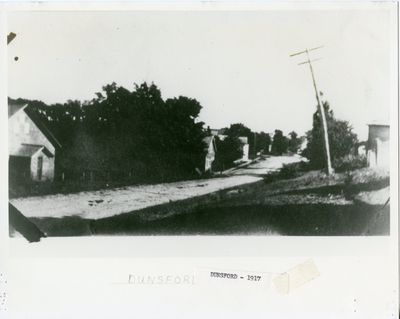 page 3 - Dunsford 1917 Details
Verulam Township was surveyed in 1825-1826 by John Houston. The first settlers in the township were John Hunter and William Bell. "The area to the west of Emily Creek was taken up by four families of Thurstons, three families of Bells, and the Kennedys, McCollums, Iretons, Flynns, and Sherriffs."

Originally known as "Sherriff's Corners" and also as "Willock's Settlement", the hamlet was later renamed in honour of the Dunsford family. Rev. J.H. Dunsford was an early settler in Verulam Township. In 1944 he moved to Peterborough where he edited the "Peterborough Gazette" for several years. "His sons, James W. and Hartley Dunsford, established a shingle mill on the north shore of Sturgeon Lake near Red Rock. The former was many times Reeve of Verulam; while the latter was appointed Registrar of Victoria County in 1856 and died in Lindsay in 1891." 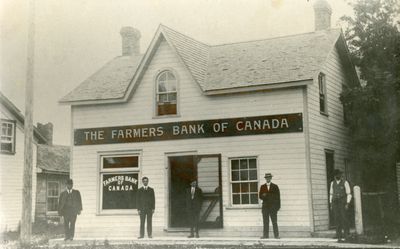 "No doubt the worst day Dunsford experienced was in 1911 with the failure of the Farmers' Bank, which had a branch there, many residents lost their total life savings, with no assistance from anyone."
- Pioneer Gleanings from Verulam 1867-1967 by T.H. Martin 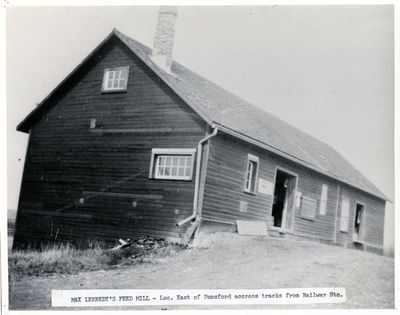 Fire destroyed Max Kennedy's Feed Mill on January 5, 1955 during the middle of an ice storm. The fire was thought to have started from "artificial combustion in the elevator of the mill". As soon as it was discovered an alarm was sounded to Lindsay for assistance in fighting the blaze.

"On receiving the alarm in Lindsay, Chief Alex Wylie consulted Chairman William McCrae, of the Fire Department Committee, since the mill is not on the approved list of out-of-town calls. The Chief said he had been told the entire village was threatened by fire, and Mr. McCrae gave his permission for the pumper to be taken... The trip from Lindsay to Dunsford, a distance of some 12 miles, took 45 minutes to negotiate over the treacherous roads. On arrival, the men could find no water supply, and after using the reservoir in the truck to dampen the roof of the CPR station, they had to watch the buildings burn to the ground. After some three hours, they returned to the Lindsay station." (Watchman-Warder, January 12, 1955)

Estimated at $60,000, loss included the elevator and office of the mill, plus a storage shed, several loads of mixed grain and seed.

In 1979, Dunsford citizens raised money to buy a fire truck as the first step in establishing the village's own fire department. The money was raised through euchre parties, dances, skate-a-thons and other activities arranged by the committee. This quest came as a response after a two-year-old child died in a Dunsford fire in July 1978. Forty men offered their services as volunteer firefighters. 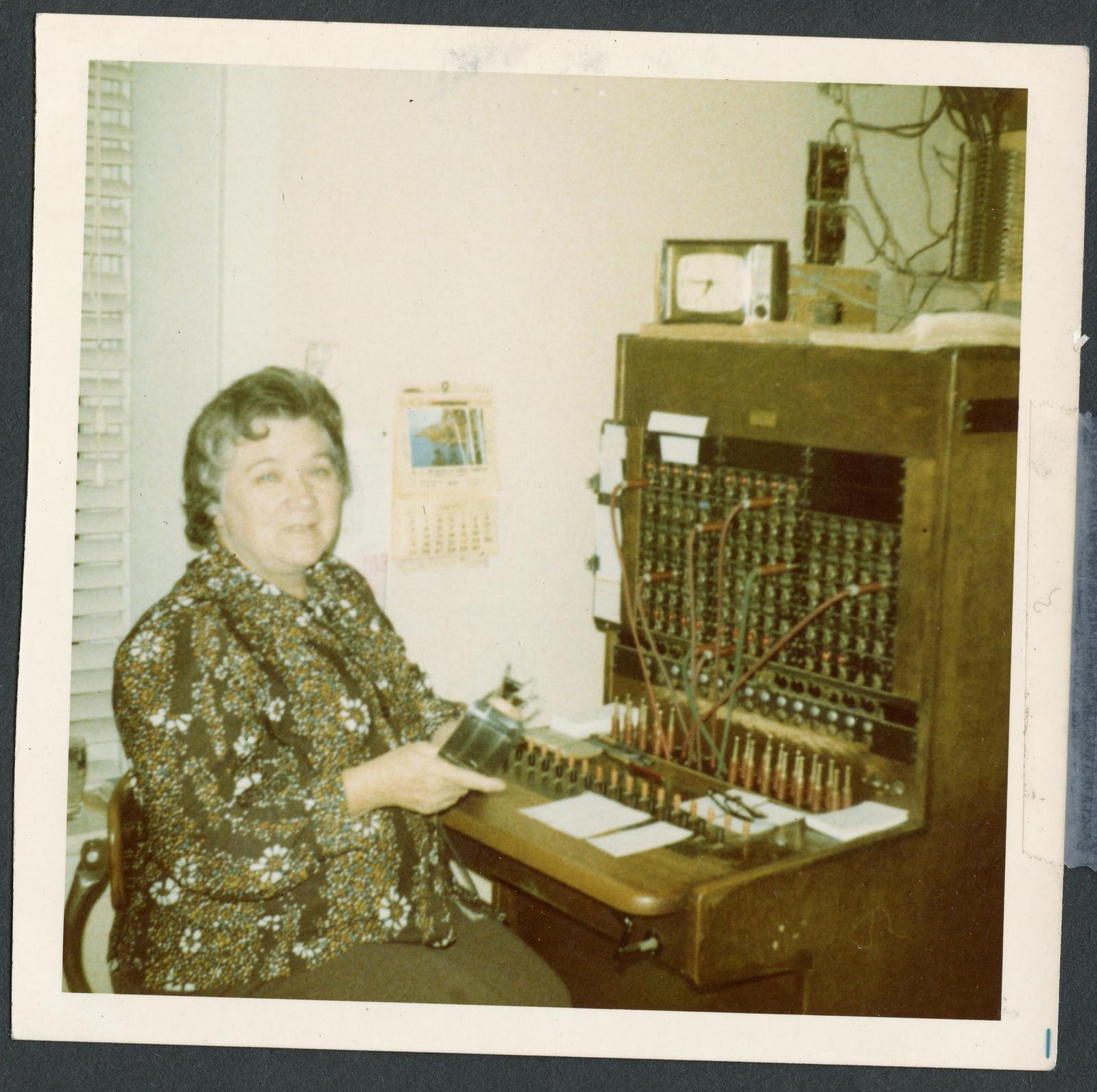 The company was sold to Bell Canada in 1972.

-- With information from the Kawartha Valley Women's Institute Tweedsmuir History. 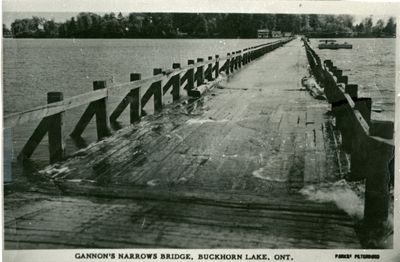 The Gannon's Narrows floating bridge was removed in approximately 1953. It was the oldest floating bridge and the last one in Ontario. The wooden floating structure spanned a 1500 foot gap between Harvey and Ennismore townships, across the Narrows that linked Buckhorn and Pigeon Lakes. It was replaced with a rock-filled causeway and a high-level steel span bridge to permit passage of boats cruising the Trent Canal.

In 1901, another and larger floating bridge over Lake Chemong was being widened, so a portion of that structure was towed by steamship to Gannon's Narrows where it was placed into position. That bridge had been in place since 1869.

The long floating raft of a bridge was about 16 feet wide, and if by chance two cars met on the bridge, one would have to back up. The railing was built of two-by-four scantling, merely a guide more than a guardrail.

A portion of the bridge could be swung open by windlass to permit passage of boats. 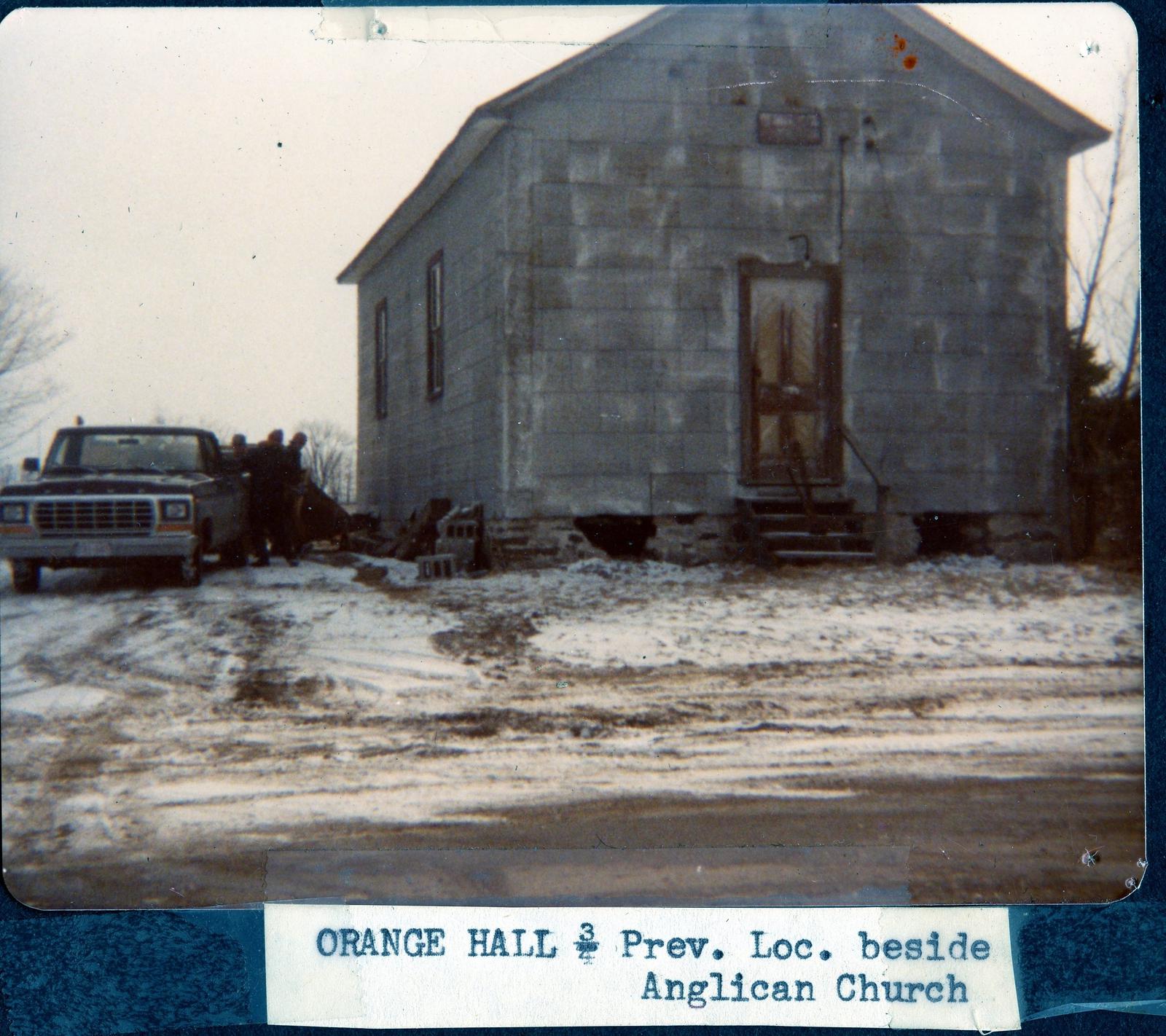 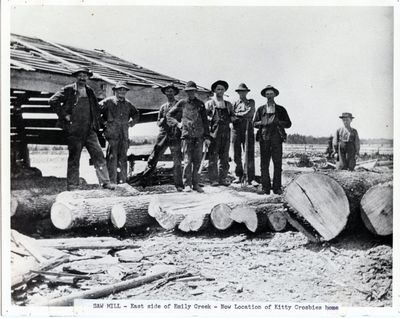 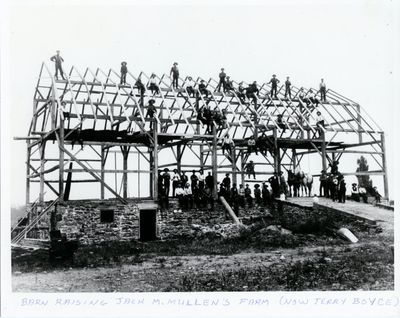 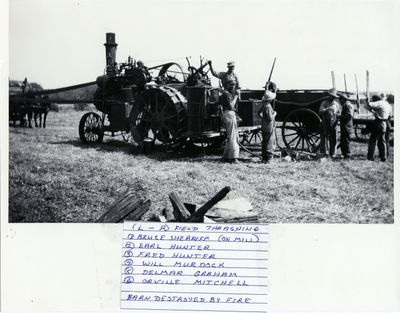 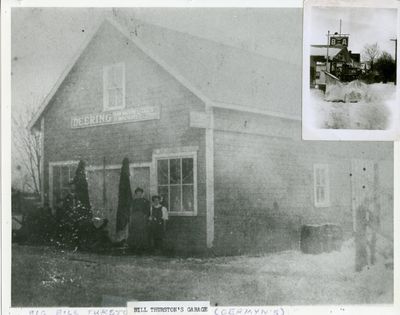