We Are All Treaty People: Indigenous History in Kawartha Lakes
Main Menu → Previous Panel → Next Panel
Indigenous Peoples in the Kawartha Lakes Treaty Regions
Panels
What is a Treaty?Treaties of the Kawartha LakesTreaty 20: Rice Lake Land SurrenderIndigenous Peoples in the Kawartha Lakes Treaty RegionsManita: An Indian LegendManoomin: The Good SeedThe Indian Act, 1876Residential "Schools" or Industrial "Schools"Truth and Reconciliation
The Ojibwe
Also known the Ojibwa or Chippewa, they are among the most populous Indigenous Peoples on Turtle Island, what we call North America. The Ojibwe are part of the larger Anishnaabeg nation. They are closely related to the Odawa and Algonquin peoples and became integral parts of the early colonial fur trade economy. Their culture, language, and activism have persisted despite assimilation efforts by both the Canadian Government and provincial governments.

The term Ojibwe derives from Outchibou, the 17th-century name of a group living north of present-day Sault Ste Marie, Ontario. They were one of a series of closely related but distinct groups residing between northeastern Georgian Bay and eastern Lake Superior; European explorers and traders applied the term Ojibwe to this collection of groups. The names "Ojibwe" and "Chippewa" are essentially different spellings of the same word, "otchipwa," which means "to pucker," a likely reference to the distinctive puckered seam on an Ojibwa moccasin.

Find more information in The Canadian Encyclopedia and through this ThoughtCo. article The Ojibwe People: History and Culture by K. Kris Hurst.

The Michi Saagiig
Known as the Mississaugas by settlers, the Michi Saagiig Nishnaabeg oral traditions stated that their territory covered Southern Ontario, more specifically the area west of Gananoque and to Long Point on Lake Erie, along the north shore of Lake Ontario and all its tributaries and rivers that drain into it. They are the river mouth people and lived at nearly every river that flowed into Lake Ontario. This made them extensive travelers in their homelands, shifting with the changing seasons. French and British colonizers found it difficult to understand how the Michi Saagiig occupied their territory as they did not settle in one place like the colonizers did and the colonizers had a difficult time marking the Michi Saagiig on a map.

Michi Saagiig Nishnaabeg is how the people identify themselves and it is considered an adjective. When used alone as a singular noun, it is correct to say Missisaagiig or Michi Saagiig as a plural noun.

Learn more by reading Michi Saagiig Nishnaabeg: This is Our Territory by Gidigaa Migizi (Doug Williams) or the History of Curve Lake First Nation.

*Please note that "Huron" is a derogatory term for the Wyandot people or the Wendat - a group of more than a dozen Iroquoian-speaking peoples in southern Ontario. French explorers or colonizers first began using the term and derived it from the word 'hure' meaning rough or ruffian. The term is used here as it is pulled from the text of Gidigaa Migizi's book mentioned above. 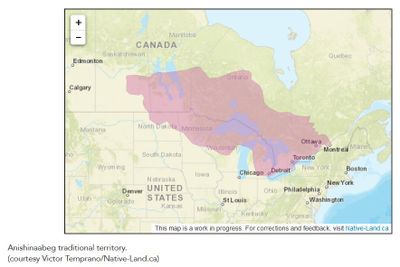 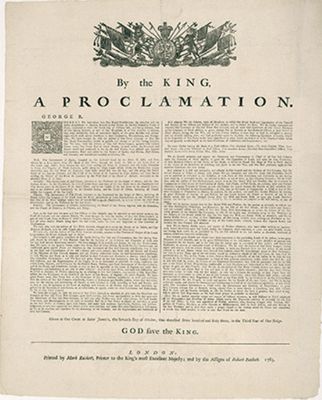